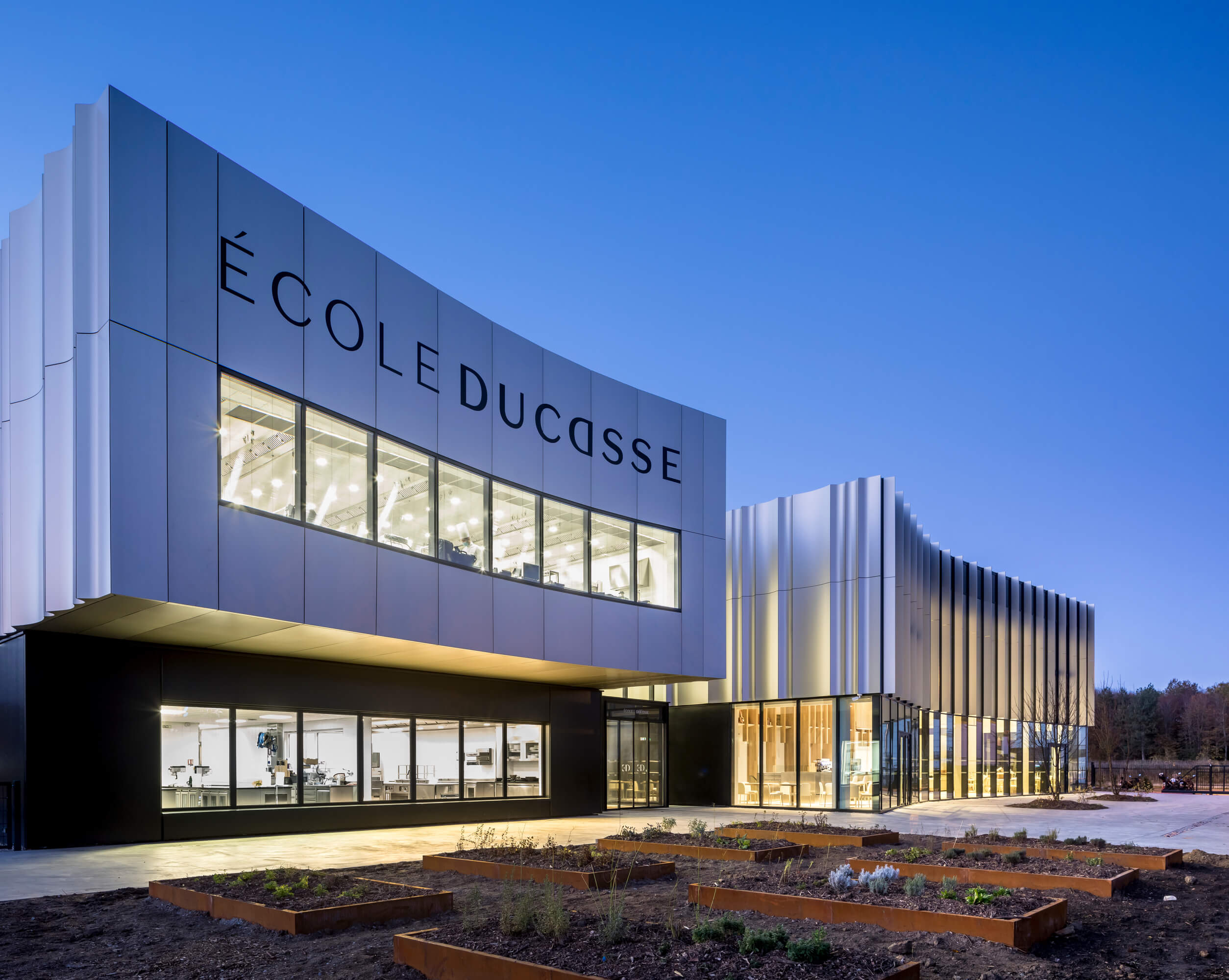 Alain Ducasse is a famous French chef and entrepreneur. Over the course of his career, which spans nearly five decades, he has garnered an incredible 21 Michelin stars, succeeding in the challenging feat of running three 3-starred restaurants at the same time. His empire includes 20 restaurants and 1400 employees, as well as a renowned cookery school, l’École Ducasse, which was founded in 1999 and recently opened a new campus in the south-east of Paris, in Meudon-La-Forêt. 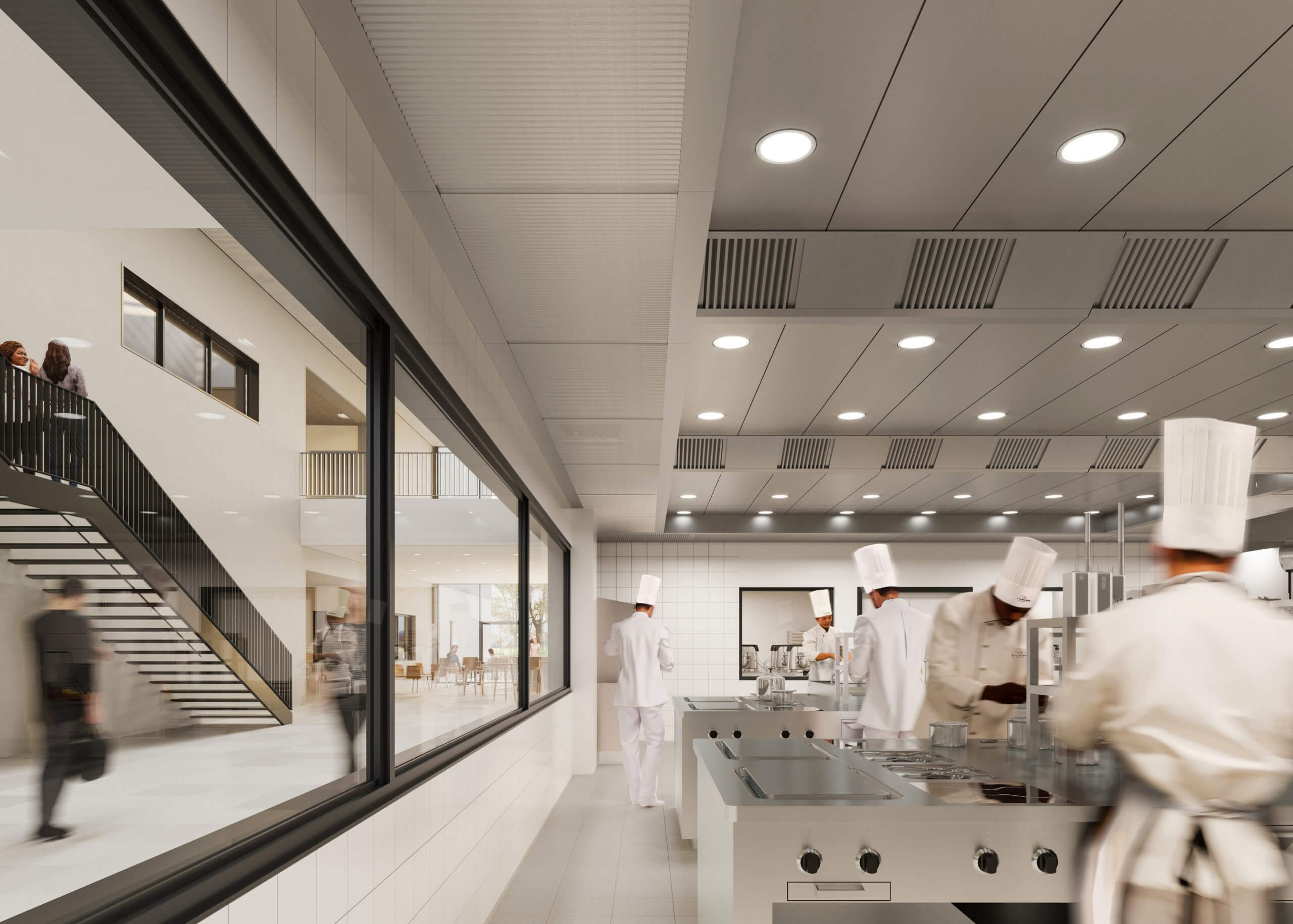 The design of the new campus is the work of Arte Charpentier Architects, a prestigious French firm with over 50 years of experience and a 120-strong staff spread across its offices in Paris, Lyon and Shanghai. The architects at Arte Charpentier are masters of managing complex projects, with an unrivalled attention to detail in a variety of aspects. As such, the École Ducasse was a perfect fit in terms of type and philosophy of work, with its 6500 square metres housing countless kitchens, in addition to a prestigious 300-seat restaurant with interiors designed by Jouin Manku. Meanwhile, the site on which it stands is impressive in its own right: its 36 hectares are home to an enviable collection of aromatic herbs, shrubs, fruit trees and vegetables.

The École Ducasse is located at the very edge of Meudon Forest, a bountiful source of inspiration, conducive as it is to relaxation and contemplation. The natural component played a major role in the development of the concept and final output of the project, according to Jérôme Le Gall, associate architect at Arte Charpentier: “The proximity of the vast Meudon Forest very much played a part in forming the architectural response, and we wanted to find some way to echo such a strong natural presence. The project brief further reinforced this idea with its emphasis on the importance of finding the most direct path between nature and the table. Our approach, therefore, was to subdivide the programme into 4 separate entities, air, fire, earth and water, articulated around a central open, luminous, linear space. This becomes the heart of the scheme participating in and organising the various functioning elements of the school.” 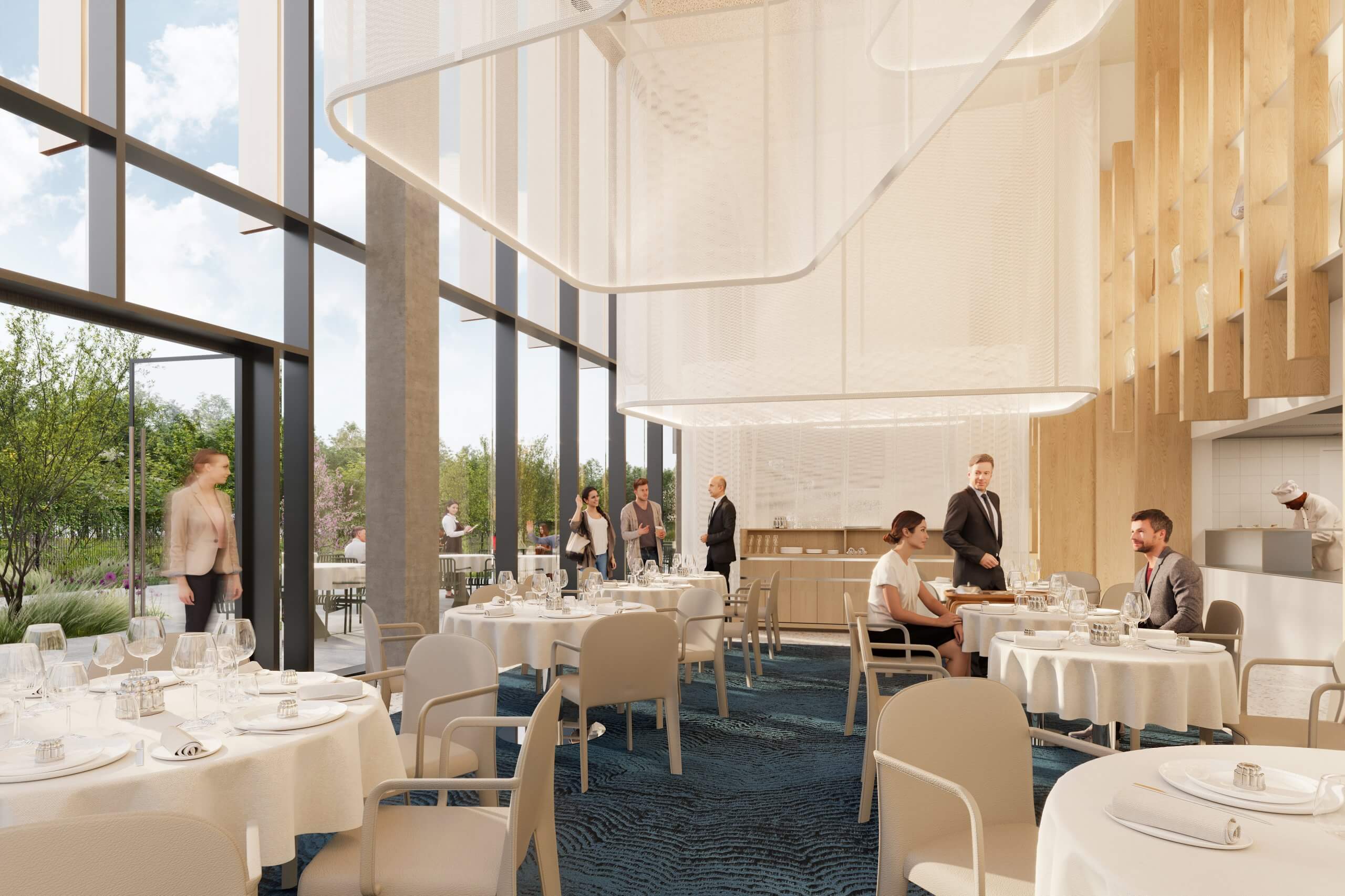 The four blocks arranged around the central atrium have irregular geometric shapes, accentuating the dynamism of the structure, which is spread across one basement level and two above-ground levels. Springing forth from a reinforced concrete base, which lends the building both aesthetic and structural stability, comes a composite aluminium shell, shaped with such a distinctive profile as to make the exterior surface of the new Ducasse campus truly unique.

Meanwhile, the interiors – minimalistic in style – have been designed with functional considerations as the top priority: “The layout of the interiors has been organised in such a way as to provide the most rational and efficient use necessary to the learning of high-end culinary practices, and simultaneously enhancing the experience for users and visitors alike. As with cuisine, architecture must also provide sensory stimulation.” says Godefroy Saint-Georges, an architect who worked on the design. 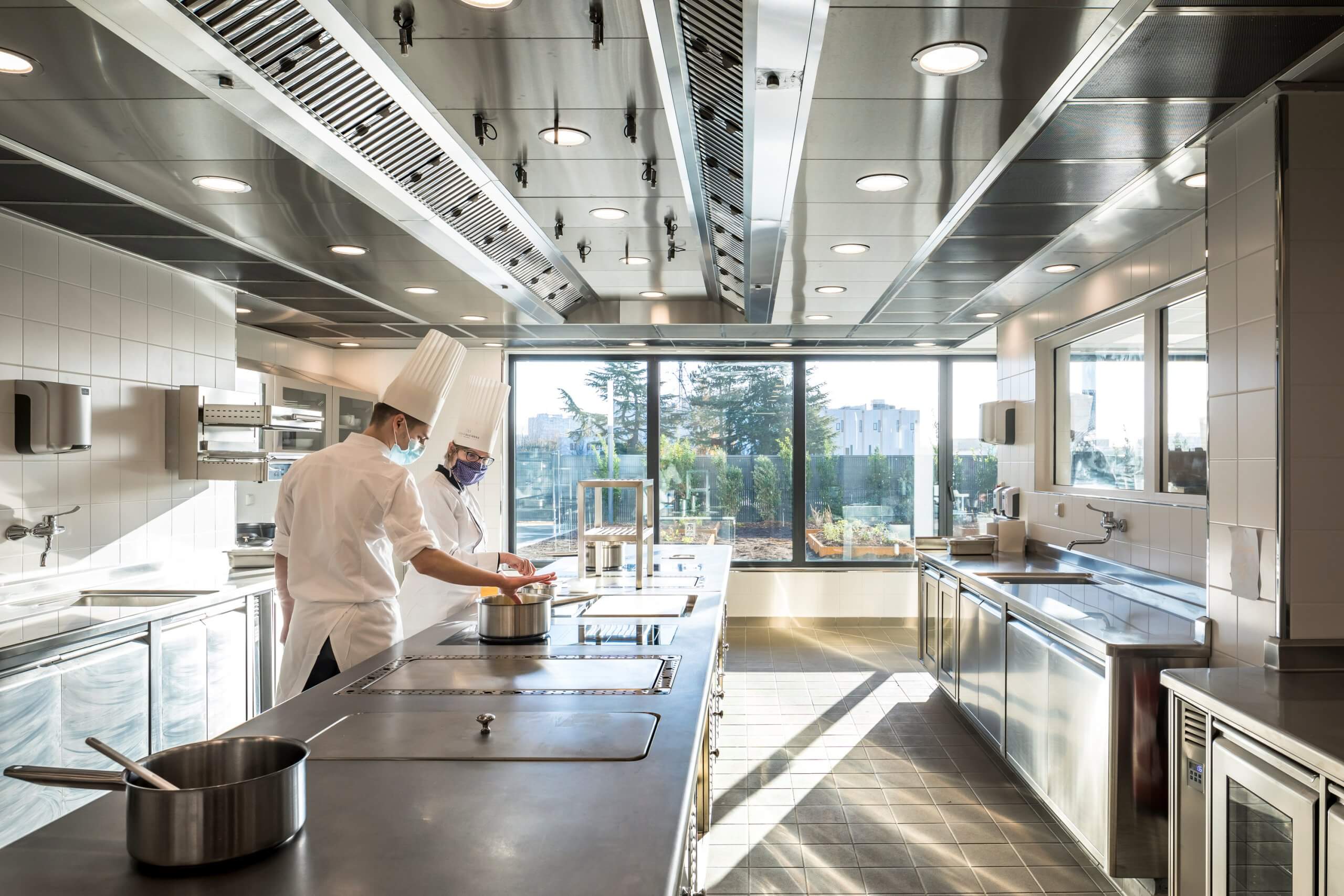 From the environment and climatic point of view, as with everything else, the École Ducasse also performs outstandingly, with two certifications of excellence: HQE Passport and French Energy Efficiency RT2012. All thanks to the use of high-tech materials, techniques for water recovery and passive ventilation, and the structure’s prefabricated components. This last factor in particular made it possible to significantly reduce construction time, thus allowing for more resources to be dedicated to aesthetics and sustainability. This remarkable result, much to the satisfaction of Arte Charpentier, was achieved despite the vast numbers of industrial kitchens in the building, which consume a considerable amount of gas and electricity.

“The opening of the Paris Campus represents a most important and, for me, one of the most beautiful missions, that is to prepare the way for future generations and train the new chefs of tomorrow. Our mission is to transmit the taste for excellence, the respect for produce and seasonality, as well as the ability to succeed within a difficult environment where reinvention has become an obsession.” Alain Ducasse said.