Swiss Gruyère wins World Cheese Championship in the US!! 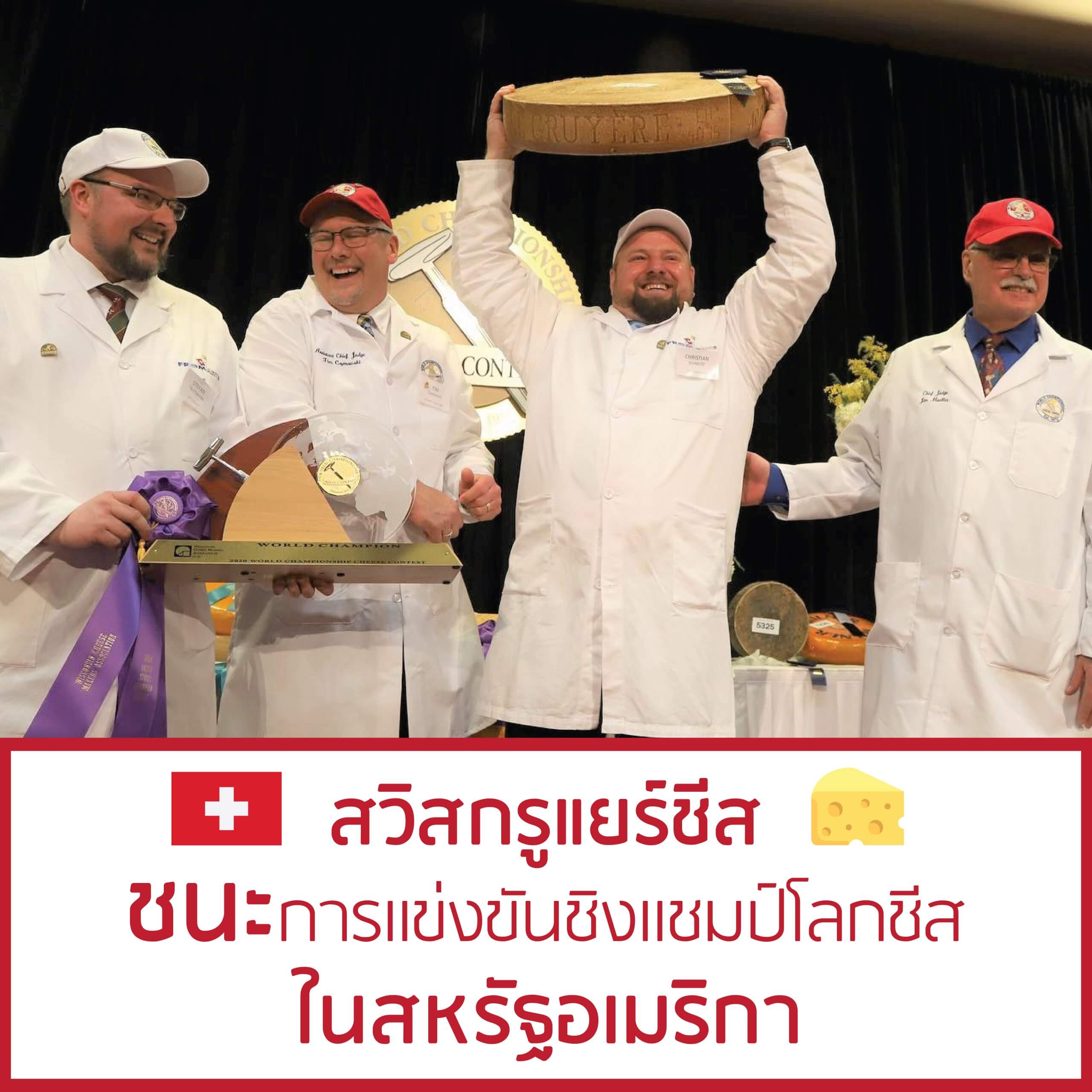 Michael Spycher of Mountain Dairy Fritzenhaus in the Swiss canton of Bern clinched the top prize on Thursday. The judges scored his creation, a Gourmino Le Gruyère AOP cheese, 98.81 points out of a maximum of 100 in the final round. This is Spycher’s second title as the maker of the world’s best cheese. He first clinched the title in 2008.

Second place was also taken by a Swiss cheesemaker from the northeastern Swiss canton of St Gallen, for a Gallus Grand Cru cheese. The third spot went to a Gouda cheese from the Netherlands.

The jury had to assess the merits of 3,667 cheeses in more than 100 categories. The 20 best cheeses from all categories made it to the final. Swiss cheeses distinguished themselves in many categories, winning a total of seven gold, ten silver and seven bronze medals.

Last year was good for Swiss cheese exports. In total, 75,877 tonnes of cheese were exported in 2019, an increase of 4.5% on the previous year, for a value of CHF667.6 million ($693 million). Over four-fifths of this went to European countries. Germany represented the destination for a good half of Swiss cheese exports; France and Italy were next biggest markets.